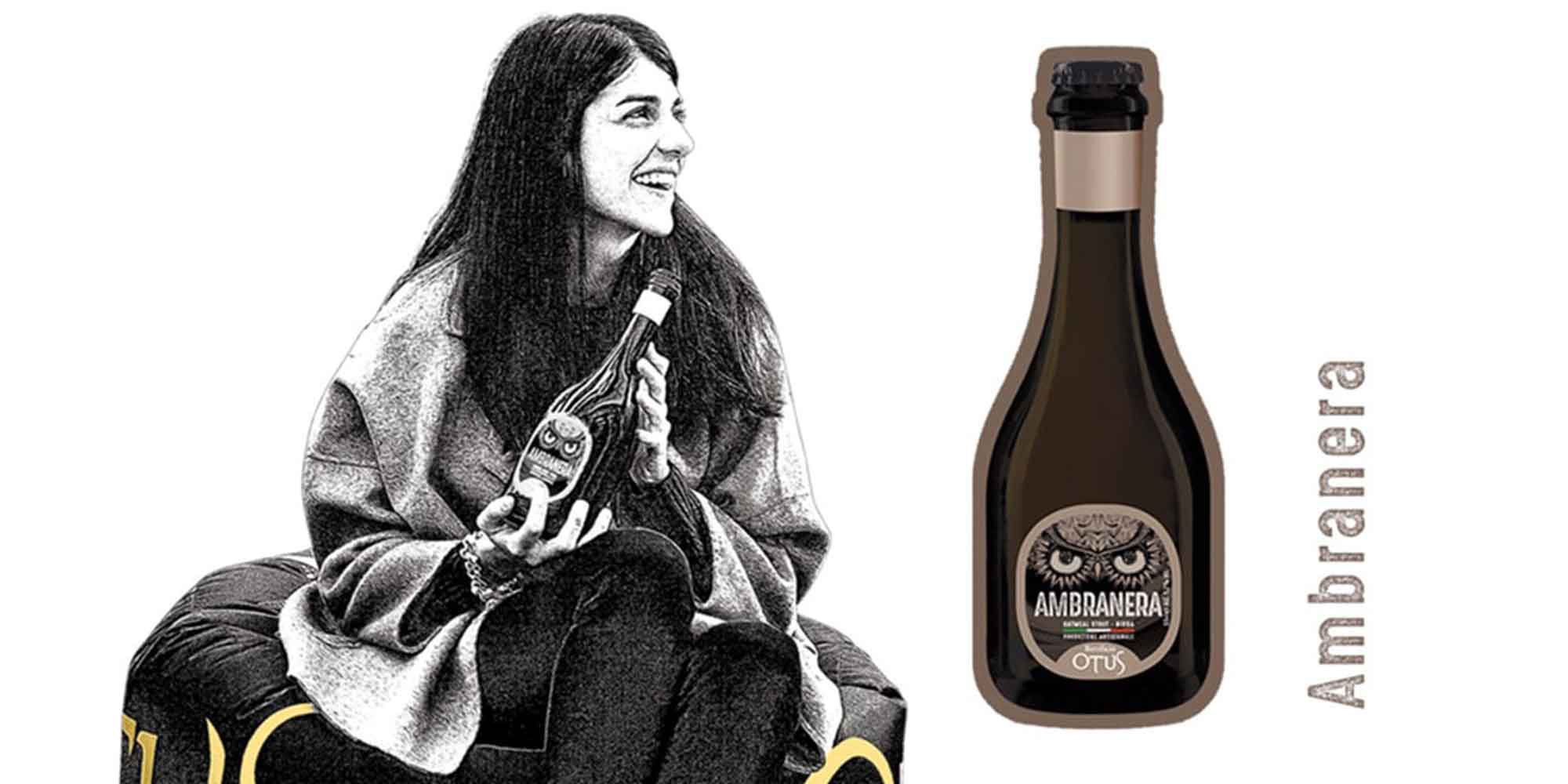 A passionate tribute to the legendary stouts tapped in English and Irish pubs.

Otus brewery keeps on exploring endless taste variations. The new beer can be a warm mate during the last winter days but also a fresh break during spring and summer nights.

After the huge success of the Imperial Coffee Stout 2017 (two thousand bottles sold in only three days), Otus brewery launches another stout with a mellow and promising name: Ambranera.

our the fascinating black fluid in a glass, topped with a sumptuous beige foam, sip slowly its soft texture and find out a harmony of scents that reminds us of the best stouts: the foam, soft and compact thank to the high protein content, is relevant and silky. The prevalence of roasted malts can be tasted as hints of chocolate, milky coffee and liquorice (that can be also clearly smelled) while oatmeal and caramel-malts give it a moderate creaminess. The mild final bitterness balances and harmonises the taste.

Ambranera è l’aAmbranera is a passionate tribute by the brewer Alessandro Reali to the legendary stouts tapped in English and Irish pubs: a perfect top-fermented oatmeal stout with a low alcoholic content, moderately complex but rich enough to warm up during the winter and cool down during the summer; it is less full-bodied than an Imperial stout but “fuller” than ordinary dry stouts (Guinness and the like).

Ambranera is an interesting beer both for curious consumers and passionate gourmets with high expectations, perfect as a table beer or to meditate. Otus suggested pairings are first and second courses with fat and half-fat cheeses and desserts, as for example chocolate lava cakes or cheesecakes. Across the Channel, this beer is often paired with fish crudités, like salmon and oysters. Ambranera will be available from February at authorised suppliers.