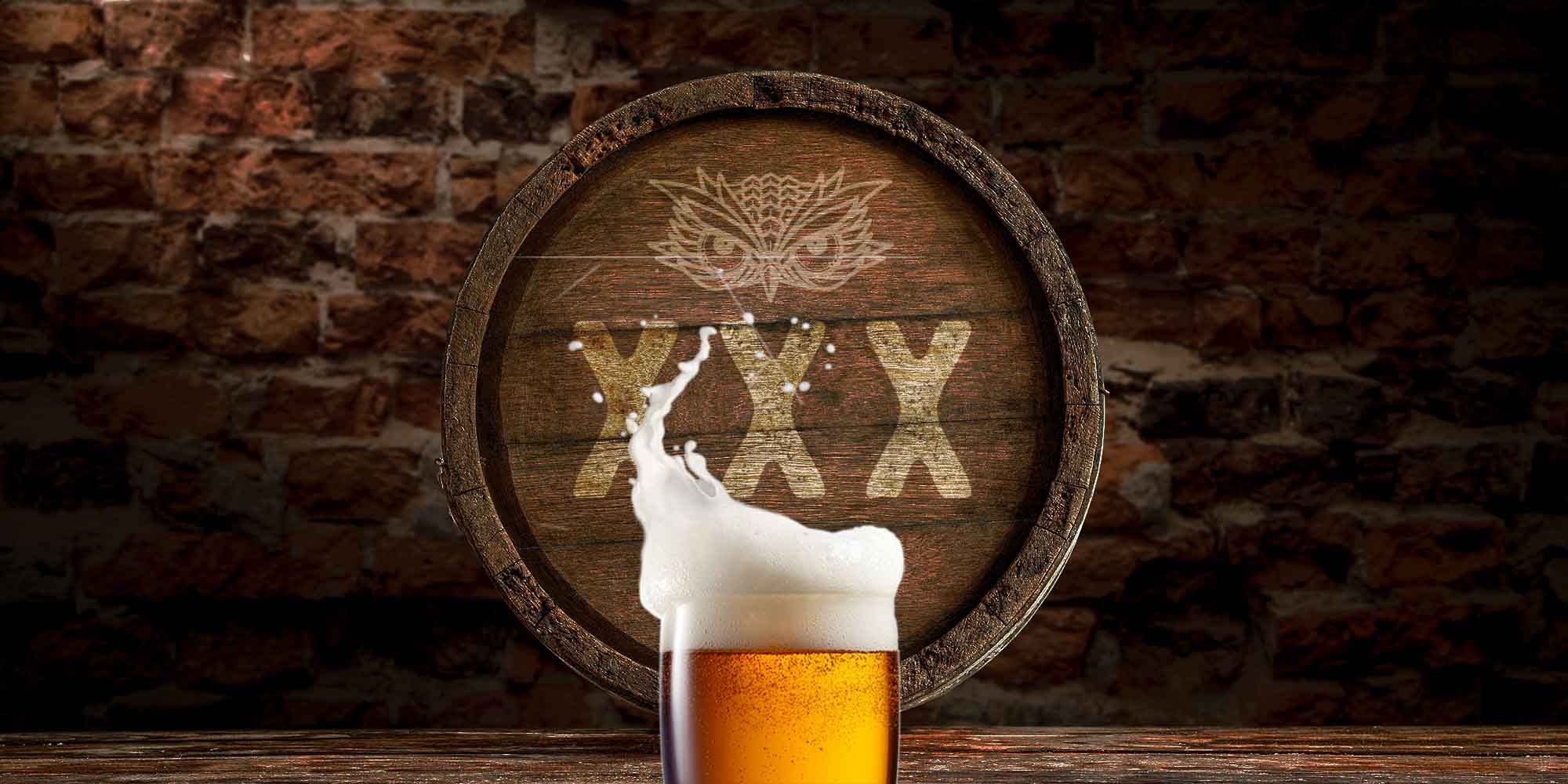 The latest Otus Beer is a Tripel

A spicy, herbaceous and earthy bouquet, unique to the nose.

Trappist monks used to distinguish different types of beer by marking the barrels with one or more X according to alcohol content, in order to help those who can’t read. The strongest beers were marked with three X and that is where the name Tripel comes from.
A beer by the book, nearly.

We had fun while producing a Single Batch, even though a certain rigour was necessary, because Tripel is one of the most famous and imitated beers worldwide. The challenge was clear: get the Trappist spirit and produce a beer by the book, in perfect Belgian style. Then a question mark has arisen: “are we really following strictly the original recipe without adding a creative flicker?“ The answer, for those who have already met our brewmaster, Alessandro Reali, could be foreseen: “Innovation!“. The inspiration came from the persuasive perfumes that have been drifting through the air in our brewery when pallets filled with new American and New Zealand aromatic hops appeared. Loral (USA) hints were chosen.
A spicy, herbaceous and earthy bouquet, unique to the nose.

Our Tripel is highly scented thank to Belgian yeast that confers fruity and spicy aromas, especially a spicy, herbaceous and earthy bouquet deriving from Loral. It is dry and not cloying, clean to the palate. The colour is deep golden with amber shades. Values: 8.5% ABV, 12 EBC, circa 27 IBU.
We produced it in a limited edition for the end of 2019’s celebrations and it is distributed only in 24-litre kegs to pubs that tap the owl’s beers. We hope that our aficionados will have the chance to taste it, maybe during those coldest winter days, since it contains a high ABV.
The origin of one of the most beloved Trappist beers.

At the beginning of the Twentieth century the first pale ales came out in Belgium and in 1934, in the Antwerp region, the Westmalle abbey decided to refine and start producing an experimental beer, a pale and strong ALE and the brewer was Hendrik Verlinder. In 1956, Thomas Westmalle, an abbey’s monk, perfected the recipe even more by adding further hops, the beer became successful and was named Tripel.