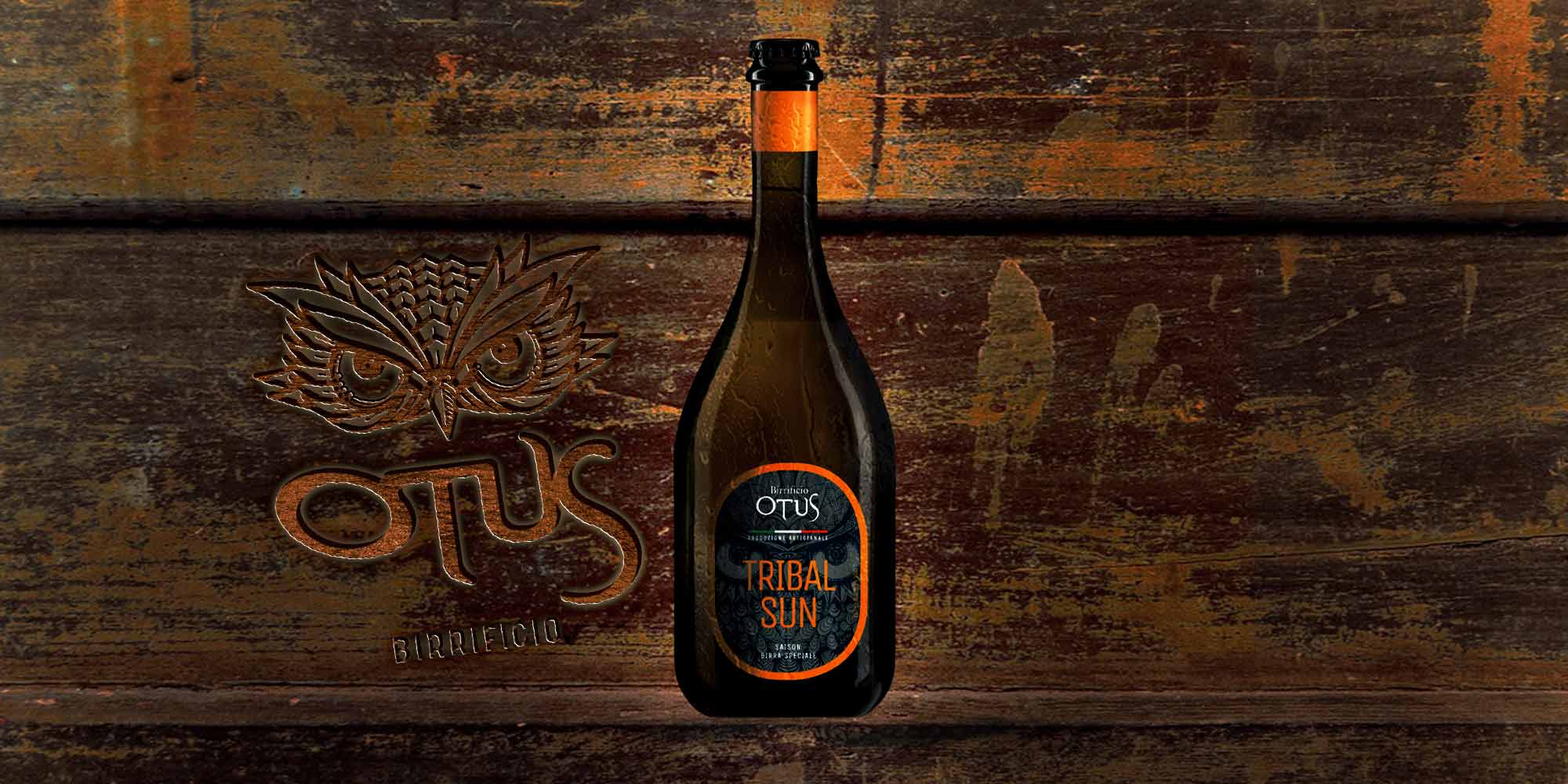 A summer limited edition, to be tasted on the terrace.

For a limited period of time, Otus Brewery has produced Tribal Sun, a high-fermented Saison beer, with medium ABV and a dry taste.   The origins of Saison – “season” in Belgian – can be tracked down back to the end of the 19th century, in Wallonia, in Hainaut farms when Saisonniers [seasonal farmers], coming back home from the fields during the summer, used to refresch themselves with sausages, jacket potatoes and a fresh, lively and full-bodied beer, that was brewed during the winter before.

As the name suggests, the production of this beer is strictly linked to seasons, not only because it’s a refreshing drink that is particularly appreciated during the summer, but also because the winter lower temperatures during the fermentation process mould the beer aromatic profile: yeasts are neutral while malt and hop hints are enhanced.

Moreover, esters addtions that gain importance are avoided.  Nowadays, Saison beers are produced during the winter or the autumn and tapped at the end of the summer. Some brewers balance acidity by mixing winter brews with spring brews, increasing ABV.  Otus has given to Saison a modern interpretation: in Tribal Sun barley, wheat, rye and oatmeal are used to reach a rural taste.

The perfume is rich and complex: initially simple and different tastes of cereals, spieces and resin, but then the taste turns to sweet honey, but also citrus and tropical fruit scents deriving from Saison yeast can be perceived. The finish tastes like fruit and herbs.

All scents are joyously gathered in a compact hazy golden body, that reminds of the sun, during summer twilights. Foam is abundant with medium-small bubbles.

Tribal Sun is a thirst-quencer beer from a rural environment, that conquers the palate with fresh and heady perfumes.