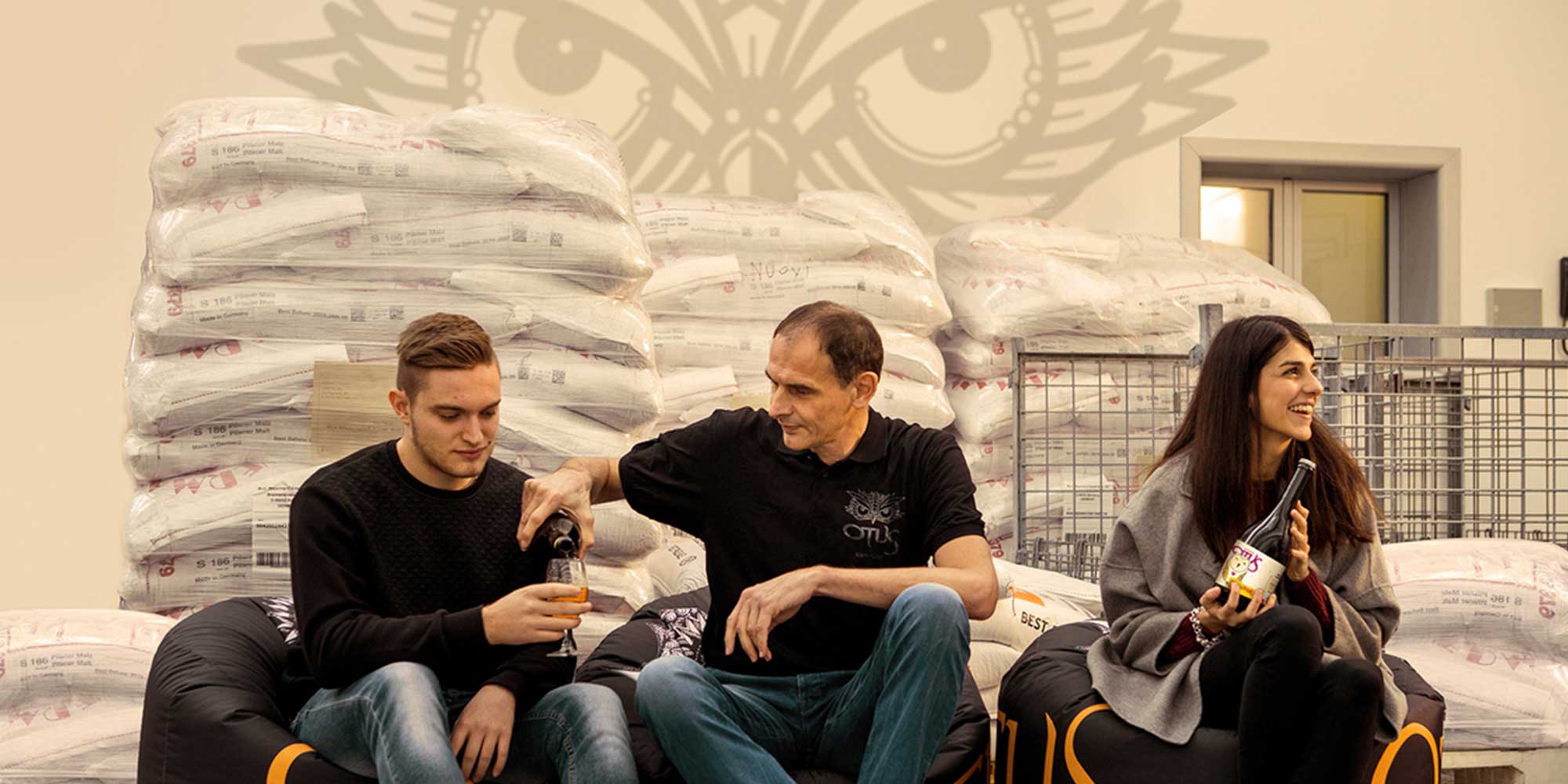 The love for our Planet has inspired a new Otus beer.

The latest creation by Otus is a low-fermented pale lager, produced while being aware that Earth’s resources are not endless.

Is it possible to limit food waste? That’s the question we asked ourselves while imagining the new lager. To produce Cuor di Pane we use unsold bread we buy from original bakers, then we mix it with barley malt to have a Helles with a moderate ABV, perfect for every occasion.

Using bread for beer production dates back to Sumerian times and it appears in the most ancient beer recipe found by archaeologists.

In ancient Babylon a clay tablet dating back to 3.700 b.C. was found – known with the name “blau monument” – on which offerings to the goddess NinKasi, among which beer, are depicted. The cuneiform script describes the fermentation process and baked bread appears among other ingredients like malt and barley.

Thank to an innovative production process, Cuor di Pane is a gluten-free beer.

Perfect with vegetables or white meat dishes like chicken with sweet peppers or rabbit in mustard sauce, Cuor di Pane shows itself as a well-balanced and not bitter beer. With the first sip only, a rustic and scented hint derived from cereals can be perceived, opening then the stage to a bread crust flavour. Then, the taste remains stable on herbaceous scents that, in the end, reveal an intense and charming honey flavour. Cuor di Pane is clear and shows a great golden colour with a long-lasting wheat-perfumed head. A beer with a delicate but strong character.

You can also taste Wintermoon and two single batches paired with risotto, creamed with beer, prepared by Associazioni Cuochi Bergamaschi (Chefs’ Association fro Bergamo). At 11.00, 14.30 and 16.30 workshops on the beers to be tested can be attended.  Reserved entrance only for sector operators.